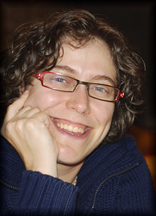 I am Bori Juhasz a Japanese, Korean language teacher, a professional photographer and upholsterer.

After my graduation in liberal arts in the fields of Japanese and Korean languages and obtaining my teachers diploma (M.A. degree), I decided to learn the trade of professional photography and later upholstery to keep the ballance between the intellectual and physical work.

My pictures were displayed in several different show-rooms. In addition, I also had five individual exhibitions. Because I like to deal with people, my favorite topics in photography are portraits of adults and children, public performances and weddings. I work hard to record those distinctive moments that are rare in everyday life. My aim is to present artistically the everyday life and its small pleasures.

My hobbies are, among others, traveling and globe-trotting and especially photographic recording of different cultures, people, expressions, gestures, behaviors, customs and anecdotal events. For me, photography is an unfathomable topic that always inspires me.

1997 - 2003: Japanese Language and Culture Studies; Pedagogy Studies; Communication Studies at Karoli Gaspar University of the Reformed Church in Hungary, Faculty of Arts, Institute of Oriental Languages and Cultures (Budapest, Hungary), Master of Arts - MA, Diploma in Liberal Arts and Teaching of the Japanese Language, with Special Certification in Communication, 2003

Budapest University Technology and Economics, Faculty of Architecture, Department of Graphics, Form, and Design (lecture about Korean alphabet and syllables, 04.16.2013.)

2000: Budapest Bank, Downtown Office, Practices in the field of Communication

Translation: Hungarian – Korean; on assignment of the Mayoral Office of Budapest

Personal Secretary: assigned to a Korean business man for half a year.

Translation of a Japanese folktale: Gadflies on Octopus Island (From The Dragon with Eight Heads, Alfabeta Publisher, Budapest, 2003)

Translation of the booklet, The Mirror of our History: Budapest, to Korean language. (June 2005)